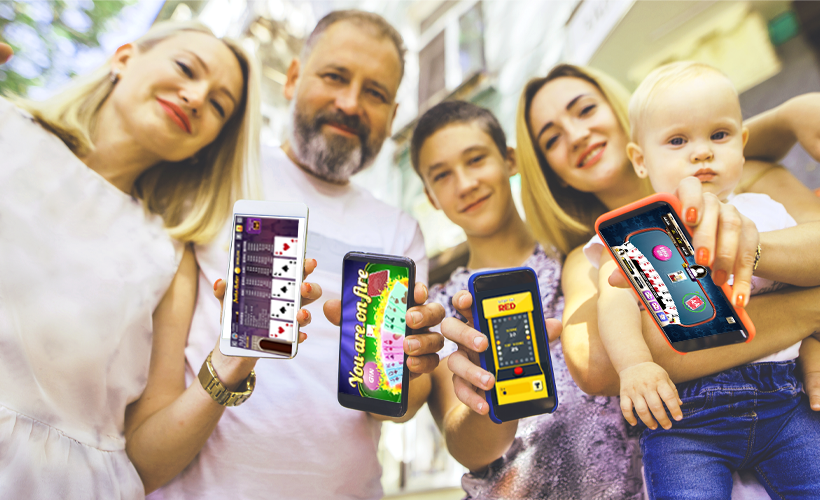 With the winter months knocking on our door (if you live in the Northern Hemisphere anyway!), it’s inevitable that we’ll all be spending more time indoors. Those of us who are parents will be thinking of ways to keep our young whippersnappers entertained on those long, dark nights. Luckily for you, we’ve compiled a series of the best card games for the whole family. Let’s take a closer look:

The popular (and somewhat noisy) card-matching game is perfect for playing with young children, as well as mixed age groups. It’s played with a minimum number of three players, and suitable for ages four and up.

Snip Snap Snorem is played with a standard 52-card deck of cards.

The entire deck of cards is dealt out to the players (it doesn’t matter if some players get more than others).

The player to the left of the dealer starts by placing a card face-up on the table. The next player looks to see if they have a card of the same rank. If they do, they place it down on top of the first player’s card and say “snip”. They can continue to play if they have yet another card of the same rank by placing the card face-up on the pile and saying “snap”.

If they’re unable to play, the turn goes to the next player, and so on and so forth. The player that places the final card of that rank says “snorem”, earning the right to start the next round of gameplay with the card of their choice. Your kids will soon catch on to the fact that it’s best to lead with a card which they have more than one of a kind.

Pig is a fun party game that children will love. It’s fast-paced, challenging and will keep them on their toes. If you’re not going to play it tonight, this game is definitely one for their next birthday party!

Pig is played with a standard 52-card deck of cards, however each player will also need a pen. Also, three cards with the letters P, I and G written on them respectively.

The dealer sorts out the deck of cards into piles of four of a kind (eg. 9,9,9,9; 5,5,5,5) – one for each player. The remainder of the cards are discarded. The dealer then shuffles the cards thoroughly and deals until each player has four cards.

The aim of the game is to collect four of a kind, but players must choose which cards they want to collect and discard what they don’t want, face-down. The discarded card is passed to the player to their left, who also discards a card to the next player to the left, and so on.

The game continues as detailed above until one player receives all three letters, namely the P, the I and the G. The last player in play wins the game.

Beggar my Neighbor is a fun card game that’s perfect for kids to learn basic counting skills. It required a lot of concentration but it is a thoroughly good time.

If the game is played by two or three players, then it can be played with a standard 52-card deck. However, if there any more than three players, you will need to play the game with two decks.

All the cards are dealt around the group one by one until there are none left.

Each player collects their cards in a face-down pile without looking at them. The person to the left of the dealer places their top card face-up in the center of the table.

The game moves around clockwise, with each player adding one card to the central pile until an Ace, Jack, Queen or King turns up.

The player who places one of these cards on the pile can then demand payment from the next player. Aces earn four cards, Kings earn three cards, Queens earn two cards and Jacks earn one card.

These “payment” cards are also placed on the central pile. The last player who turns up an Ace or court card has to take the whole central pile and puts it at the bottom of their own. This player gets to start the next round, and the game starts again. The player who goes out first by using up all their cards is the winner.

This card game that’s played with between four and six players, and is perfectly suited to kids aged six and up, can be a whole lot of fun, but frustrating too – you can find yourself starting over when you’re just about to win!

The players cut the deck between them, and the recipient of the highest cards deals all the cards around the group in a clockwise direction until each player has eight cards.

The player to the dealer’s left begins, and can play any card. The next player to play must follow suit. The game continues like that until a player is unable to follow suit. If this occurs, the player must pick up all the cards played so far, and add them to their hand. That player then starts a new round and can lead with any card.

If everyone manages to follow suit, the player that played the highest card collects the trick but places it in a discard pile. These cards don’t count as part of the player’s hand, so the only advantage to winning a trick is the ability to lead with the suit of their choice to start the next round. The player who gets rid of all their cards first is the winner.