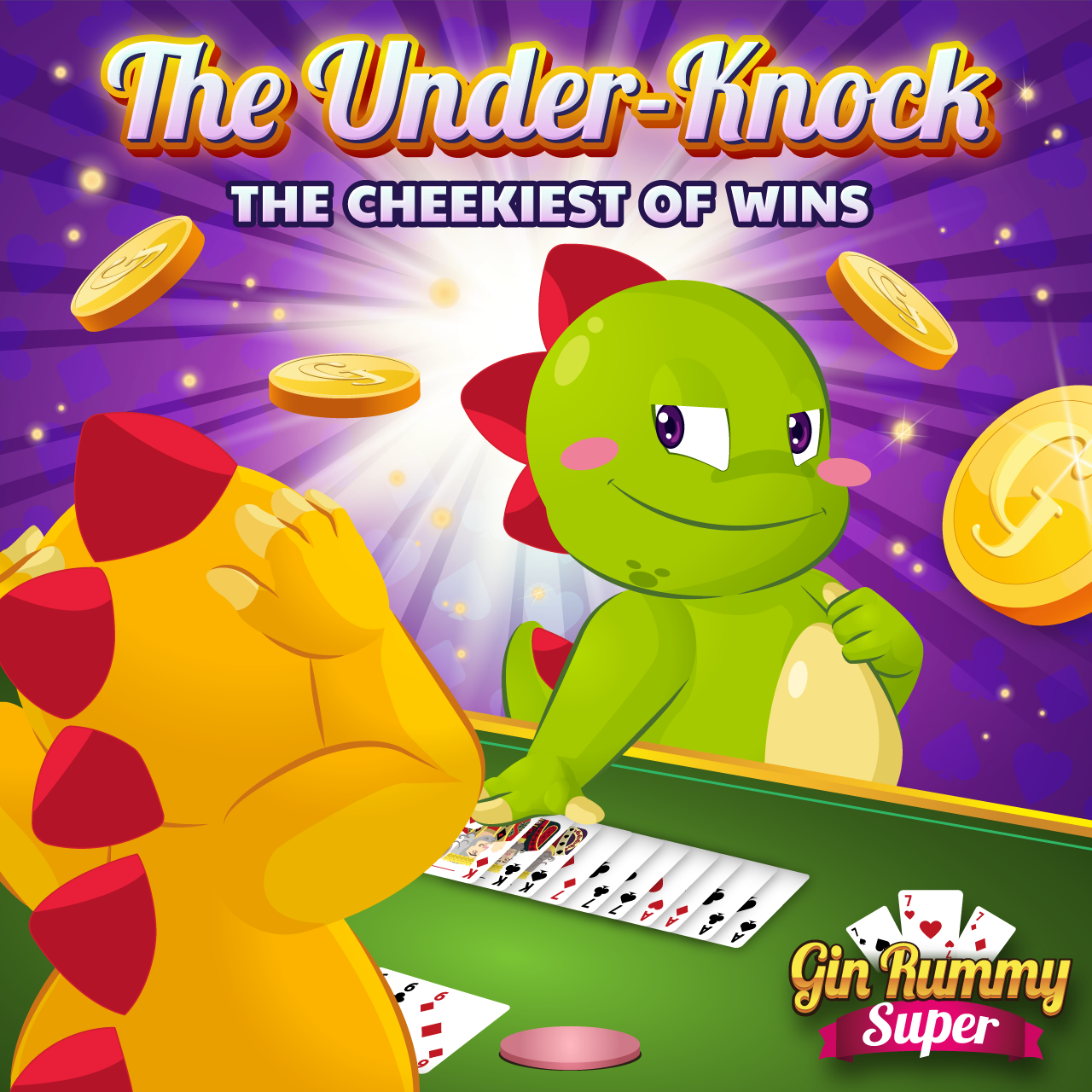 "There's nothing sweeter than stealing your rivals win!"

Often misunderstood and never features into many new players strategies is the under-knock. You know about the knock; well the under-knock is when a player knocks to end the round but the opposing player actually has the lower score. This can be the cheekiest way to win the round and the most frustrating to see when you think you’ve knocked for the win.

What is a Lay-Off?

An important component of the under-knock is the lay-off. You’ll probably have noticed this playing Gin Rummy Super and have no idea why some of your opponents’ cards were not calculated in the scoring. A lay-off can occur when the non-knocking player has un-melded cards that can continue any of the knocking players sets or runs.

For example, the opponent knocks and you have 3 un-melded cards. However, 2 of those cards match a set and a run of your opponent’s hand – say your 3 makes the opponents 4th 3 in a set and you have a K that completes your opponent’s run of 9, 10, J, Q. The beauty of the lay-off is that those laid-off cards do not count towards your score and therefore lower your score.

Considering most players will try to have the lowest score possible when knocking, the lay-off can be a vital part of actually pulling off a successful under-knock. It’s a great way to win the round. Your opponent gets frustrated – they think they had the win after all – and you get bonus points for the cheeky reversal.

Now the Gin Off is the ultimate under-knock. Imagine laying-off so well that you actually end up with a Gin! It can happen and it does, in fact, result with a gin win. If your opponent knocks and you are able to lay-off enough un-melded cards to reduce your score to zero, you will get a Gin. This will most commonly occur when you have 1 un-melded card that is laid off.

What’s the best way to practice lay-offs, knocking, and going gin? Playing Gin Rummy Super on iOS and Android of course! Gin Rummy Super is the ultimate social card game online. Play against friends or foes from around the world. Download for free today!