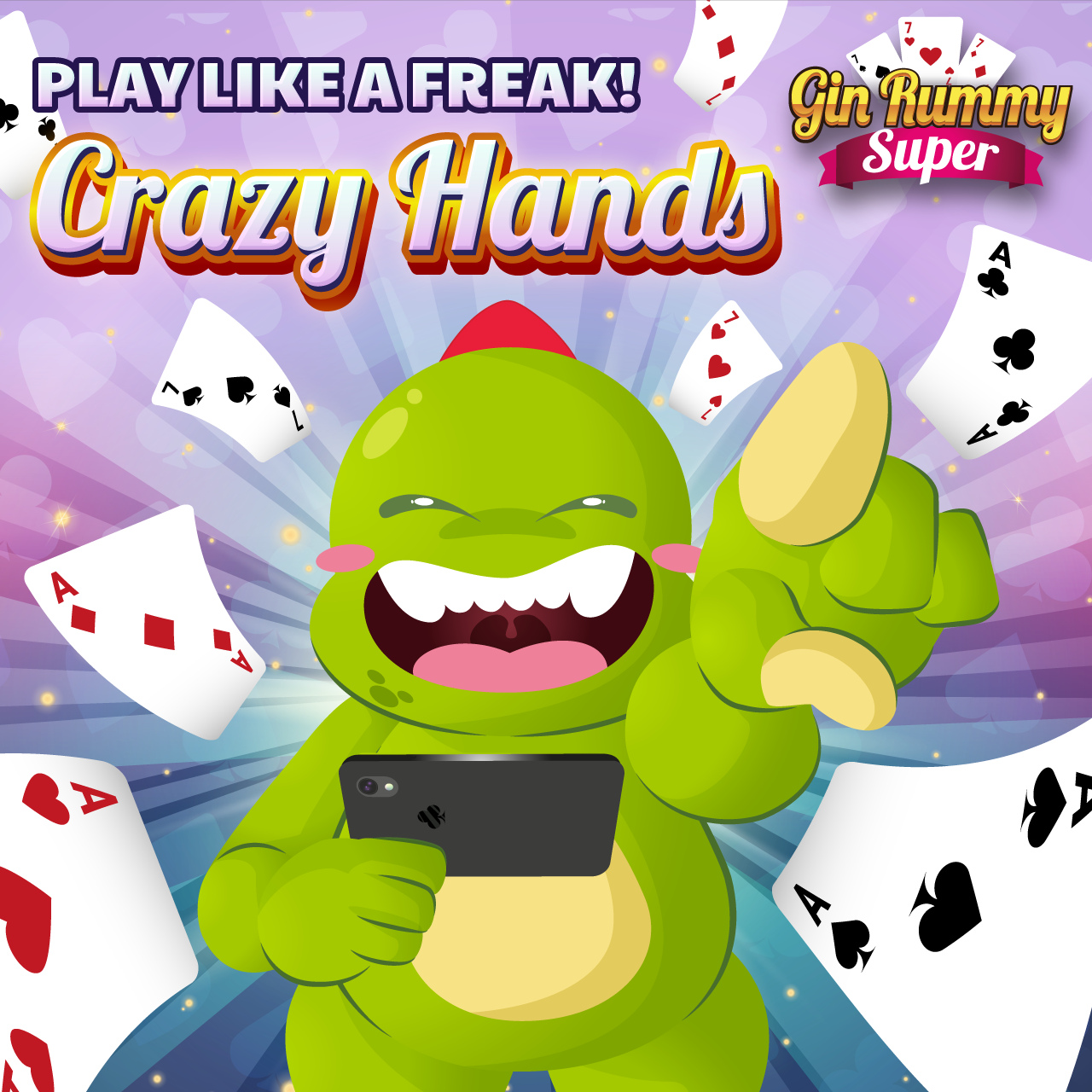 Of course, there is a great deal of luck involved in the great game of Gin Rummy. But there can also be no doubt that Gin Rummy Super is a game of skill too. There is an employable strategy for all stages of the game, be it early, middle or late play.

It is during the opening play that we see ‘freak’ hands. That is, cards that are begging for outright aggressive play to destroy your opponent. Today we unpack the concept of Freak Hand strategy.

Opening plays are probably the most meaningful in a round of Gin Rummy Super. They are among the most skilful plays and can dictate the remainder of the round. Opening moves should be aimed at making your opponent do exactly what you want them to do. Skilful players such as Stu Ungar did that to great effect.

Advanced Gin strategy requires knowledge of two categories of hands – regular and freak. Regular hands are common. These are cards you see over and over. They might help build are meld, they also are utterly useless sometimes. Freak hands are where it gets exciting!

Freak hands are calling out for legitimate aggressive play. These hands are where real skill and strategy are required. With the right knowledge, a skilful player can use freak hands to end the round with a quick win.

You don’t see these hands often and you certainly don’t want to sit on such a gift from the Gin Rummy Gods.

But not all freak hands call for aggressive play. Some are extreme freak hands that offer you nothing. Imagine an initial deal of cards with no matches and no related cards of any kind. It is rare but it does happen. This is cause for defensive play as you somehow manage to work through as much of the deck as possible, without letting your opponent build melds. This is where skilfully observant players can triumph – you’ll really need to determine what hand your opponent is working with.

The funny thing about Gin Rummy Super is that your opponent has every chance of having a freak hand as you do – what an exciting game! With so much strategy, skill, luck and good plain fun involved, why wouldn’t you try your hand and Gin Rummy Super. Who knows, maybe you’ll be able to play some freak hands right from the get go!