The 5 Best Card Games for Two 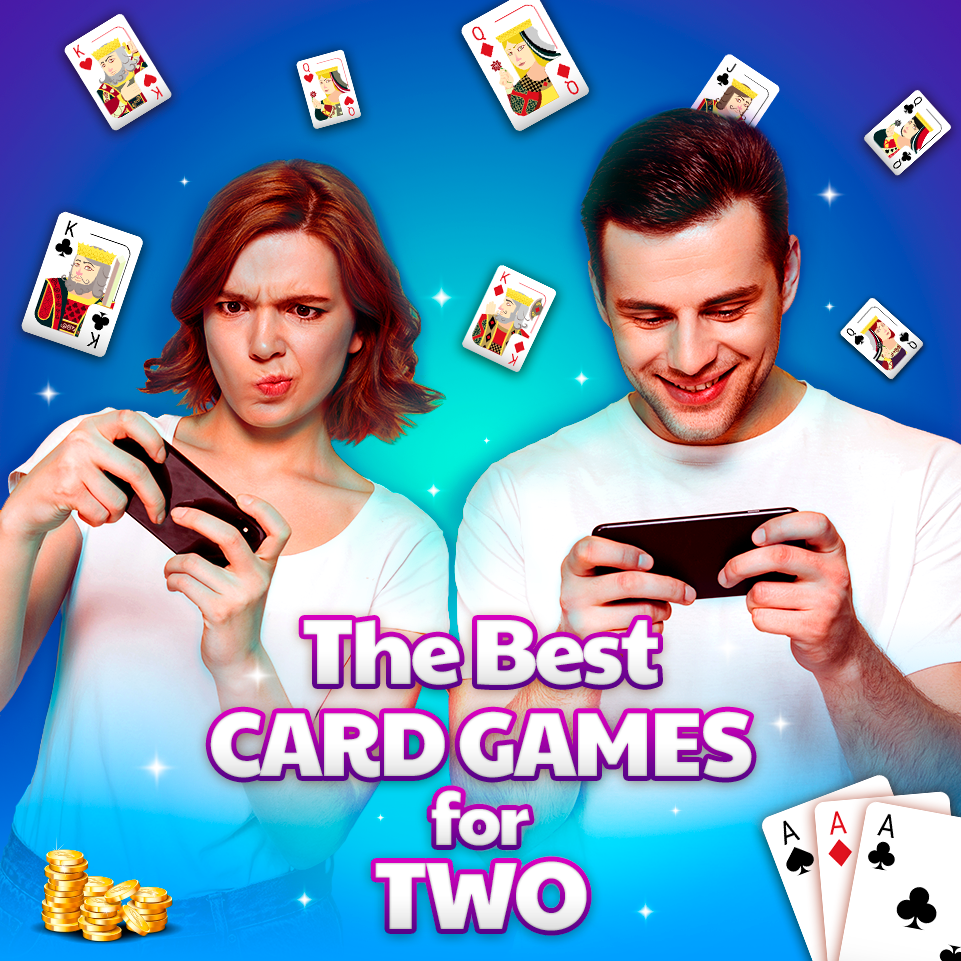 The 5 Best Card Games for Two

There are many awesome card games out there, but when there’s just two of you playing, some are simply better than others! Let’s take a look at the 5 best card games for two:

Tute is a card game that tends to be played in Spanish-speaking communities. Although the name of the game is actually Italian, it originated in Spain. Either two or four players can play.

You’ll need a 40-card Spanish deck to play this game. The cards are valued as follows:

Have all kings OR all horses – You win the round

Each player receives eight cards, whereas the remaining cards are placed face-down on the playing table. The players then take cards from the deck in turn.

A pre-defined number of rounds is set prior to the game starting. The winner is the one who wins the most rounds. Each round is set to finish after a specific number of points, which is usually set at 50, 60 or 100.

The aim of the game is to win more points, consecutive rounds and ultimately to win the game overall.

Spades is one of the most admired card games of all time. Although it’s usually played by two partnerships, it’s fine for two players to play as well. This card game is a descendant of the Whist family of card games (we’ll look at Whist later).

Spades is played with a standard 52-card deck, with the cards valued from highest to lowest:

The second player then does exactly the same thing with the next two cards in the draw pile. This process continues alternating between the two players until the cards from the entire deck have been collected. Each player should end up with 13 cards in their hand, with the remaining 26 cards set aside.

The second layer goes first. They may not start with a spade card unless their hand happens to include only spade cards. Unless they have no other option, they can’t lead with a spade until the suit is “broken”. A spade is broken when a player cannot follow suit and chooses to play a spade. Spades are also broken if a player has no other option and leads with spades.

The winning player should set the trick in front of them, so it’s easy to tell how many tricks each player has won. Each trick won by a player is valued at 10 points if they meet their bid. Tricks won above the bid are worth 1 point each. If a player does not meet their bid, they lose 10 points for each trick. The first player to 500 points is the winner. If both players reach 500 in the same hand, the player with the higher score wins.

It’s crucial to start with a distinction here – Black Jack, which is played in the UK, is similar to Crazy Eights, but different to Blackjack, which is also known as 21, and will be discussed here. Blackjack is the world’s most popular card game, bar poker, with a simple aim of getting as close to the number 21 without going over it.

A standard 52-card deck is used in blackjack, but if you head to a casino, it’s quite common for six decks to be shuffled together for a total of 312 cards.

All numbered cards have their nominal value in the game, whereas face cards (Jack, Queen, King) are valued at 10. The value of an Ace is determined by a player, and can be either 1 or 11.

The cards are shuffled by a player, then the pile is cut. One card is given face-up to each player, and one is put down face-up in a separate pile. Another round of cards is then dealt amongst the players, with a second card being placed face-down. This process continues, as explained below.

The first player begins and chooses whether to stand (not obtain another card) or hit (obtain another card to get closer to a count of 21, or hit 21 exactly). This means that players can keep their originally-dealt cards, or ask for extra cards one at a time until they decide to stand, or go bust (obtain a total over 21). In the event of a bust, the player loses.

A soft hand is the combination of an Ace with another card other than a ten-card, and that’s because an Ace can be counted as a one or 11. A player can choose to draw cards or not in this instance, depending on whether doing so would be a better strategy or not.

When the game is high, the first lead is by the player who did not bid high. In other words, the only time when the dealing player leads first is when the non-dealing player bids high. Each trick consists of four cards – two from each player.

A player plays a card from their hand, or one of the cards in their face-up layout. If a face-down card is uncovered when a card from the layout is played, it is immediately turned face-up, before any other cards are played by either player. Any card can be led, with the ensuing three cards ideally following the suit.

The four-card trick is won by the highest card of the suit led, and the player who wins the tricks leads to the next.