5 of the Best Card Games from Around the World 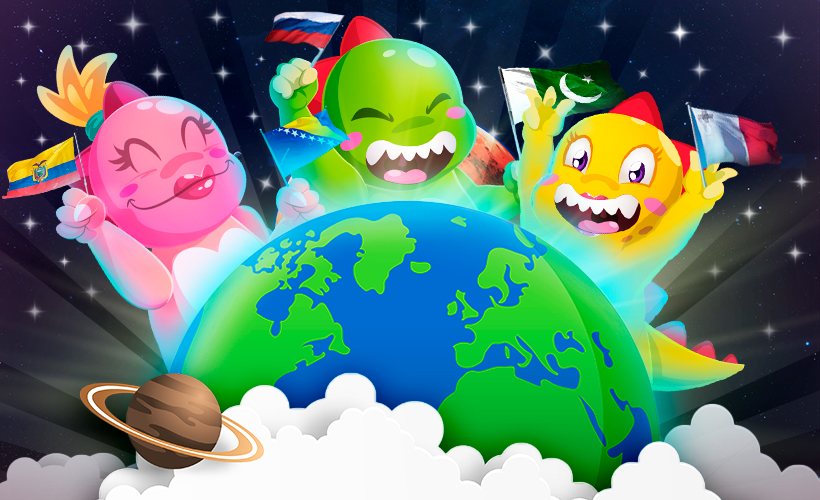 5 of the Best Card Games from Around the World

There’s nothing like a good old card game to break the ice if you happen to be on your travels, or meeting a new group of people. But what about card games that are played in specific countries or regions around the world? We thought we’d take a look at their favorite card games, played with standard 52-card decks. Are you ready to go on a world tour? Let’s dive right in:

This one represents a great place to start because it’s easy enough for individuals of any age to play. Tač is played with a standard 52-card deck of playing cards, and can be played with two to four players.

If this card happens to be an Ace, they put it in the central pile to form its base. Should there be three players playing, then the first player’s card needs to be a two to do this, and that’s because there’s already an Ace at the bottom of the central pile.

Cards in the central pile are placed by the players in ascending order, so Ace, two, three, four, and so on all the way up until King. Should a player not be able to continue the sequence with a card from their closed pile, they put it in their open pile instead.

The next thing that happens is the next player to play attempts to put the previous player’s open pile card onto the central pile. If that move isn’t possible, they put it on their own open pile. Should an opportunity to get rid of a card be missed be missed by a player, other players can call it by yelling: “Tač!”, resulting in that player having to take a card from each of the other players.

The first player to get rid of all their cards is the winner.

Durak, or “fool” in English, is played with a standard 52-card deck. Between two and six people can play. The two and five cards of each suit are usually removed from the deck. The aim of the game is to be the first player to get rid of all their cards after the whole deck has been gone through.

Each player is dealt six cards, with one card turned up and placed at the bottom of the deck. The suit of this card is considered to be the “master” suit for a given round of the game. Playing around in a circle, one player will place a card down to “attack” the next player. The next player is then obliged to “beat” the previous player’s card by placing a card of a higher numbered card of the same suit, or any card of the master suit.

The defending player can retaliate by placing down a card of the same value, and if they do so, the net player to play now takes up the mantle of defending the cards. The attacks can continue, as long as whoever the attacker is  (or any of the other players) can keep placing down other cards of the same value as the ones that already appear on the board.

If the defending player can’t beat the attack, they must pick up all the cards on the board. Following each turn, players pick up cards so they have a minimum of six each in their hand. This goes on until the deck is run through. The game ends when one player gets rid of all their cards.

Cuarenta, which translates to “forty” in English, is considered to be Ecuador’s national card game. It’s uncommon to find it being played outside of the country, but within it, it’s played in casual games and more formal tournaments almost everywhere.

The game’s name refers to the 40 points that are needed to win the game. It’s usually played by four players split into two teams of two. A standard deck of cards is used, with the Jokers, eights, nines and tens removed.

Five cards are dealt to each player, and the player to the right of the dealer begins the game. One card is played at a time, with each player attempting to capture cards on the table by doing the following:

The game goes on like this until the deck runs out, with players receiving a point for every card they capture beyond 19 cards. This is totalled up with the number of points scored during the game. Whoever reaches 40 points is declared the winner.

The game Halliela, which was traditionally played by fishermen on the island of Malta, and means “female thief” in Maltese, is now a favorite Sunday afternoon pastime throughout the Mediterranean region.

It is played with a standard 52-card deck, albeit with Italian suits rather than French ones, and players play towards a target score. The target score usually isn’t defined, but is often set at 100 or 200 points, depending on how much time the players have for the game.

Halliela is played counter-clockwise in teams of two or four players. A hand of three cards is dealt to each player, and four cards are dealt to the table. Next, each player takes a turn to drop a card. When all the players have played their cards, three more cards are dealt. This continues until there are no cards left in the deck.

Note that the Kings, Queens and Jacks hold no numerical value. Taking a red card gains one point. A bonus is given for clearing the table, and another is given when a player manages to take the card played by the previous player. The player with the highest number of points at the end is deemed the winner.

Bhabi is a famous family card game that is popular in Pakistan. It can be played by between two and 13 people, but it’s usually played by four or five. The aim of the game to finish your cards before the other players. The last player to do so loses.

Bhabi is played with a standard 52-card deck, which is then dealt equally between the players.

The person who is dealt the Ace of Spades, with the person sitting to their right playing after them. Each player must play the same suit that was led (this means that the first round’s suit is always Spades).

At the end of each round, the person with the highest-valued card plays a card of their choice. The fun begins when a suit is played, but a player doesn’t have a card of that suit. In such a scenario, the player can throw any of their cards and the person who played the highest card in that round collects all the previously-played cards.

The best strategy to employ depends on the number of people playing. If four people are playing, it’s always better to play your highest cards of any suit, so you’re left lower-valued cards at the end, thus giving you the ability to end the game early and prevent yourself from losing.